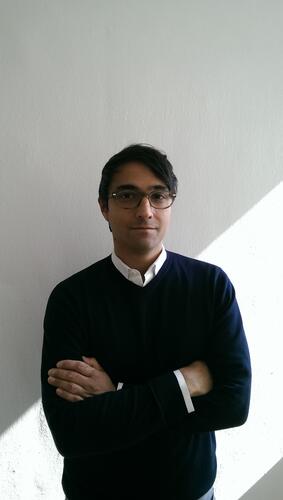 The German Department welcomes Thomas Khurana (Professor of Philosophy at the University of Potsdam) as Max Kade Visiting Professor for the Spring 2021 term. Thomas will be teaching two courses for the German Department, which you can read about below.

Thomas will be a recurring visitor in the Department of Germanic Languages & Literatures in the next years. In spring 2021, he will serve as Max Kade Visiting Professor and teach a course on the aesthetics of existence and the transformation of the public sphere. Thomas works in the tradition of post-Kantian European philosophy and is currently writing on the art of second nature, self-knowledge and self-objectification, and the sociality of the human life form.

Aesthetics of Existence, Life as a Work of Art? GMAN 321 (Undergraduate) / GMAN 694 (Graduate)

A research seminar exploring issues at the intersection of ethics and aesthetics. We discuss the modern idea that in order to attain their highest vocation human beings need to form and transform their nature like a work of art. On this picture, we have to turn our sensible nature into a “second nature” that is expressive of supersensible ideas. After a brief look at the affinity of the virtuous and the beautiful in ancient thought, we discuss the emergence and articulation of the modern idea in Kant, Schiller, Goethe, Schelling, Hegel, and Nietzsche, before exploring how this thought has informed 20th century thought (Adorno, Foucault, Rancière, Agamben). In the last section of the seminar, we highlight the critical notion that the most recent phase of capitalism has exploited the idealist, romantic, and critical ideas of artistic creation and self-creation and turned them into a new disciplinary mechanism (Boltanski/Chiapello).

Participants should be familiar with issues in modern aesthetics and ethics.