Paul North writes and teaches on literature and other media, continental philosophy, literary and critical theory. His last book, The Yield: Kafka’s Atheological Reformation (Stanford) came out in 2015. A new book, The Logic of Likeness: On Homeotics (Zone Books), will appear in 2020. He runs an interdisciplinary workshop on critical theory and is researcher on the Mellon Foundation grant, “Critical Theory in the Global South.” Currently he is co-editing with Paul Reitter of OSU an updated edition of Marx’s Capital in a new translation.

He is most interested in the afterlives of Kantian critical thought, deconstruction, literary theory, and poetry and poetics in a variety of languages and traditions. His courses are comparative in nature and cover Ancient Greek, early modern, Enlightenment, Romantic, and early 20th century thought and culture. Authors he works on include Plato and Aristotle, Neo-Platonic systems, Nicholas of Cusa, the French 17th century, D. Hume, I. Kant, F. Hölderlin, F. Schelling, the Jena Romantics, British Romanticism, F. Nietzsche, and several clusters from the 19th to mid 20thcentury such as the cluster around phenomenology—Brentano, Husserl, Heidegger, Benjamin, Kafka, Levinas, Merleau-Ponty, Derrida—or that around the concept of time—Bergson, Proust, Heidegger, Einstein—or that around “other modes of experience”—Baudelaire, Freud, Benjamin, Huxley, Borges, Juan Rulfo, César Aira—or that around German-Jewish thought—Mendelssohn, Maimon, Varnhagen, Schlegel, Rosenzweig, Buber, Scholem. Theoretical style is an area of interest as well, and Prof. North is happy to work with students in a variety of genres and styles, to expand the parameters of what we call critique.

His own favorite among his seminars so far is the one called “Nothing,” which required the most attention.

Click on the book cover to go to the publisher’s page. 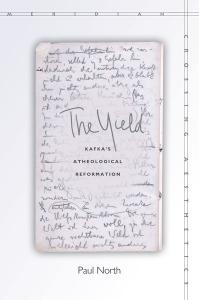 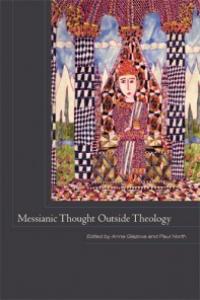 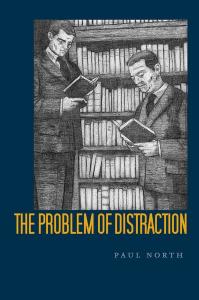